Home CT News CT Mirror CT’s jobless rate is on the rise, but is it real?
CT NewsCT Mirror

CT’s jobless rate is on the rise, but is it real? 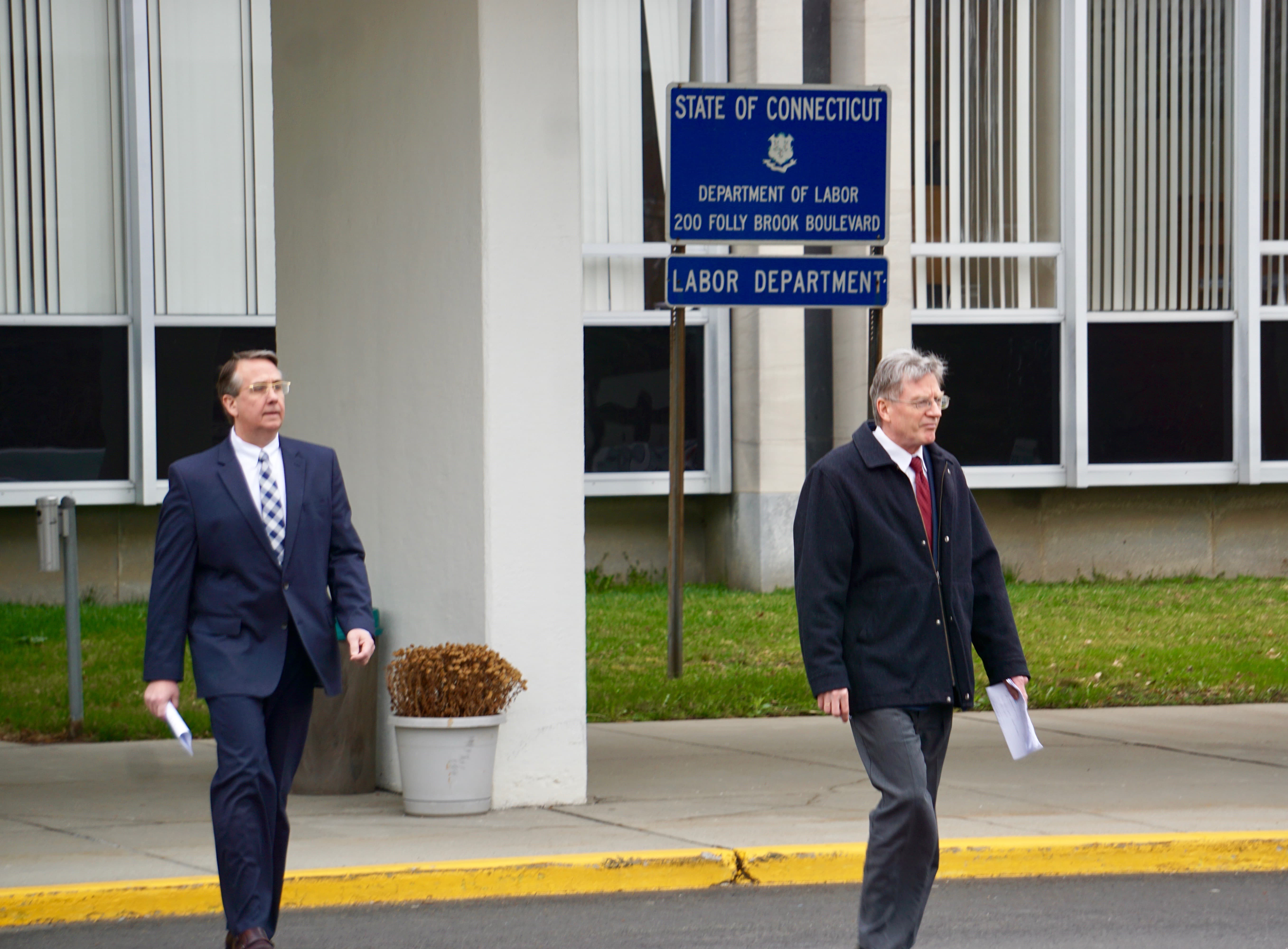 Deputy Commissioner Daryle Dudzinski, left, and Commissioner Kurt Westby of the Connecticut Department of Labor, met with reporters early in the pandemic. The state’s ranks of unemployed have swelled since then.

A new analysis finds the ranks of Connecticut’s unemployed residents are growing — bucking a national trend — but a state labor economist counters that’s due to a statistical oddity and not a worsening job market.

A group of 11 states that includes Connecticut “appear headed for higher unemployment than the official July figures released” in late August, according to the Pew Charitable Trusts, a nationally recognized policy and research group.

Connecticut’s July unemployment rate was 10.2%, up from 10.1% in June and 9.6% in May, even as most of the country was headed in the other direction.

And with Congress failing to approve another round of enhanced federal weekly benefits — and President Trump’s stop-gap, $300 weekly payment only covering a portion of August, rising unemployment could pose a major threat to Connecticut’s economy.

But it’s really not clear that unemployment is on the rise here.

But since the pandemic began in March, state labor officials effectively have not required any residents to demonstrate they’re searching for work to qualify for benefits.

Federal agencies, which conduct the labor surveys used to determine states’ unemployment rates, initially removed all of these people from their calculations. Jobless residents who had taken a temporary leave from work, or who’d suspended their job searches in March or for health safety reasons, were no longer considered part of the labor force.

The result was spring unemployment rates that dramatically understated the job woes in Connecticut.

Over time, though, federal counting rules have evolved. Jobless residents that were excluded from tallies are being included again, pushing the unemployment rate back up — despite Connecticut employers restoring some jobs this summer.

Connecticut’s labor force, as calculated by federal agencies, increased by about 100,000 in June alone, said state Department of Labor economist Patrick J. Flaherty, who also is acting director of the department’s Office of Research.

“They understand that a lot of people were misclassified,” Flaherty  said. “March and April were terrible months but things have started to improve slightly.”

Flaherty noted that Connecticut is paying benefits weekly to about 220,000 jobless residents. And while that remains a sizable number, it’s down considerably from nearly 300,000 benefit recipients this past spring.

“There certainly were some statistical anomalies and there’s no doubt that’s probably the biggest factor” behind rising unemployment rates this summer, said Chris DiPentima, president and CEO of the Connecticut Business and Industry Association.

But DiPentima noted that many Connecticut businesses, particularly in the restaurant and other hospitality areas, are operating at limited capacity or closed entirely, and that the overall job market remains very fragile.

“We really need to nurture our businesses,” he said, adding that many companies have exhausted emergency federal loans through the Payroll Protection Program. “As those funds go away, employers are going to be faced with tough challenges.”

If Congress has not approved an additional round of stimulus aid by the end of September, DiPentima added, Gov. Ned Lamont should explore a second state loan program to help keep Connecticut businesses afloat during the fall and winter.

Lamont launched a $25 million business loan program in late March in response to the pandemic.

Even after doubling the pledged relief to $50 million, the administration closed the program to new applications after two days. The roughly 4,000 applications that poured in during that period represented asks of about $200 million.

DataCore Partners economist Don Klepper-Smith, who was the state’s chief economic advisor in the late 2000s, also warned that the state’s job market will remain fragile this fall, even if unemployment doesn’t worsen.

Connecticut lost 266,000 jobs in March and April and recovered roughly half of them during the summer. But barring a complete reversal of the economy, the state still is on pace to close the year with the largest annual job decline in half a century, Klepper-Smith said.

That prospect is further complicated because Connecticut never returned during the past decade to the 1.7 million jobs it had prior to the recession of 2007-09.

“We’re not going back to that any time soon,” Klepper-Smith said.

Amy Coney Barrett: The real reason she seems to ‘have it all’

Far too much coverage of Judge Amy Coney Barrett’s confirmation hearings has focused on her role as a mother of seven. Republican and Democratic...
Read more
CT Mirror

Slow classroom thinking about this election

How should educators teach the election of 2020? No doubt it’s essential. Pulitzer-winning historians Eric Foner, Jon Meacham, and Doris Kearns-Goodwin have gone on...
Read more
- Advertisment -