Home CT News CT Mirror Dems and GOP have platoons of lawyers, some from CT, ready to...
CT NewsCT Mirror

Dems and GOP have platoons of lawyers, some from CT, ready to litigate election results 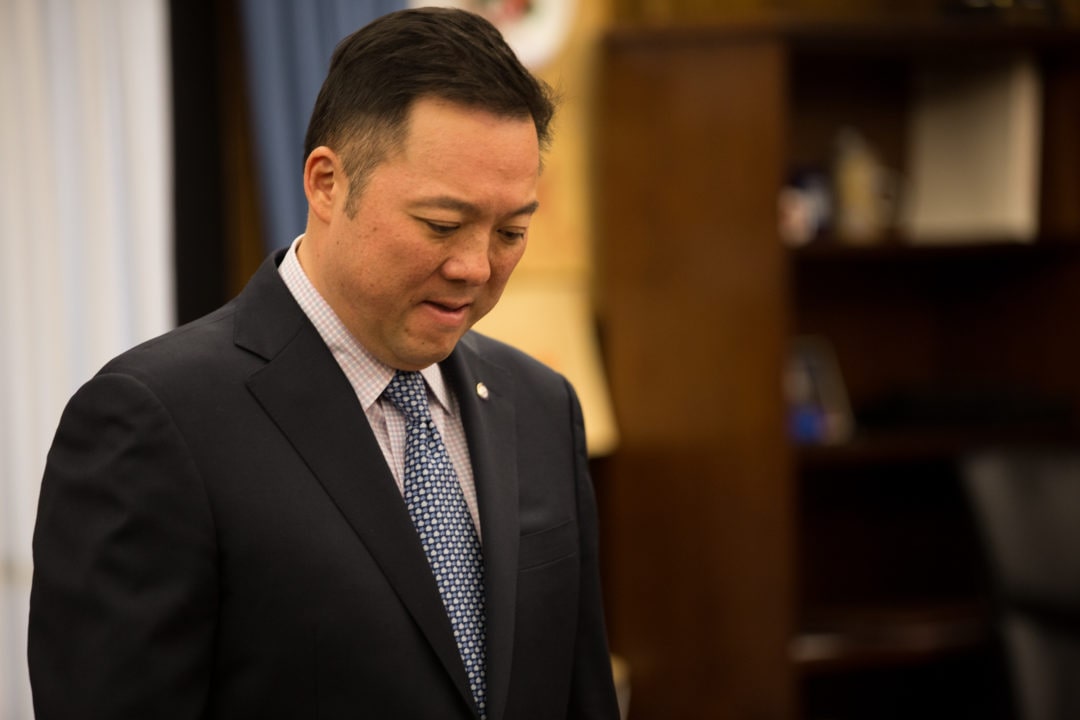 Connecticut Attorney General William Tong says he’s ready to help the Democratic Party in any dispute over Tuesday’s election results. Republican attorneys general are offering their help to the GOP.

With the real possibility that election results could be mired in court battles across the nation, platoons of Connecticut lawyers — some of them public officials — are ready to fly to electoral hot spots if they’re needed.

The COVID-19 pandemic and President Donald Trump’s rhetoric have led many to predict that this year’s election will bring a return to the kind of disputes last seen in the 2000 election in Florida, which was resolved by the U.S. Supreme Court.

Trump told reporters Sunday he would likely take legal action if he believes the election is conducted unfairly, especially in Pennsylvania, a key swing state.

“As soon as that election’s over, we’re going in with our lawyers,” Trump said.

The large legal team Trump has assembled to prepare for contested election results is led by former West Hartford attorney Justin Clark, who once served as the general counsel to the Connecticut Republican Party and who managed the failed gubernatorial campaigns of Tom Foley in 2010 and 2014.

Already more than 350 lawsuits have been filed this year across the nation over how, where and when voters could cast ballots. Connecticut Attorney General William Tong — in partnership with  fellow Democratic attorneys general — has joined about a dozen of those court battles. One involves a Republican legal challenge to a North Carolina election law that extended the deadline for counting mail-in-ballots; another involves an Alabama case that centered on curb-side voting.

“There is the risk a federal court in Wisconsin or South Carolina could decide something that affects Connecticut,” he said.

Tong also said he’s in “constant communication” with Democratic attorneys general in swing states that could decide the presidential election. The discussions center on possible legal challenges to election results, and Tong said he’s willing to travel to those states after the election.

“If I’m needed somewhere, I will help,” he said.

One of the attorneys he has on staff – there are about 200 lawyers in the attorney general’s office — has already asked for time off to be able to help out-of-state election disputes. Others may follow.

Meanwhile, the Republican National Committee says it will spend up to $20 million to finance legal action. The Trump campaign also has at its disposal the members of “Lawyers for Trump,” co-chaired by Texas Attorney Ken Paxton and other Republican attorneys general.

The national Democratic and Republican political parties have already spent millions of dollars in what has been the most litigated U.S. election in modern history. The election is expected to bring more lawsuits, which will be filed and fought by attorneys who are paid by the national parties. But there will be other attorneys willing to help, some of them offering their help pro bono in the hopes of helping their party and perhaps advancing a political career — or in the cases of lawyers who are lobbyists, increasing their access to the powerful.

“In a close election, especially this close presidential election, whatever side is down is going to try everything they possibly can, which would certainly include court action,” Benjamin Ginsberg, a prominent Republican elections lawyer, recently told reporters.

State law controls almost every aspect of voting, so if there’s an election dispute, it’s most likely to go first to a state court. But Bush v. Gore, the case that settled the 2000 election, demonstrated that an election dispute can end up being heard by the Supreme Court if someone charges that a federal Constitutional right has been violated.

Before Bush v. Gore was sent to the Supreme Court, a battalion of lawyers, some from Connecticut, traveled to Florida to wrangle over Florida’s recount. Two of those out-of-town lawyers, who helped the GOP in that legal battle, are now on the Supreme Court — Justices Brett Kavanaugh and Amy Coney Barrett. Chief Justice John Roberts advised former Gov. Jeb Bush during the recount.

There may be challenges in Florida again, alongside those from other states. If so, Connecticut officials with law degrees are ready to become involved.

Kevin Coughlin, spokesman for Senate Democrats in Connecticut’s general assembly, said Democratic staffers are “in constant contact with the National Democratic Party, and we are ready willing and able to support any legal fight to ensure every American’s vote counts.”

“If that need arises and once all Connecticut results are completed and verified, we are prepared to help around the country,” Coughlin said.

Gabe Rosenberg, a lawyer and communications director at the Connecticut Secretary of The State’s office, is also willing to get involved “if lawyers are necessary after election time.”

“Every lawyer who is a Democrat is thinking about it,” Rosenberg said. “But who knows what is going to happen on Tuesday.”

Lawyers who were active in Connecticut Republican politics flew south to Florida to help in the Bush v. Gore case, and it’s possible some of the attorneys in the state who embrace GOP politics will help the Trump campaign.

John Finn, professor emeritus at the Department of Government at Wesleyan University, said there will be big differences between the 2000 election dispute in Florida and the legal actions taken after the polls close on Tuesday.

Most of the litigation in 2000 centered in one state, and Florida may also again be a legal battleground. But the Sunshine State could be joined by Pennsylvania, Minnesota, Wisconsin and possibly Nevada.

Another difference between the 2000 and 2020 elections is that no one expected there to be a legal challenge in Florida, and few lawyers back then were versed in what Finn called “arcane and convoluted” election law.

This time, legal challenges are expected, and there is already a platoon of attorneys involved in pre-election lawsuits across the nation. Some of them are already conducting mock trials in preparation for challenges to Tuesday’s results.

“The parties have built up cadres of experts they can call on,” Finn said.

There may be one similarity between 2000 and 2020, however: Finn said that it’s “inevitable” that the Supreme Court will again be involved.

Finn said the Supreme Court was criticized for its involvement in the Bush v. Gore case and is at risk of a “legitimacy crisis” if it becomes involved in another election.

“I hope there’s a majority on the court that appreciates the long-term damage that can be done,” he said.

Predictions of what could happen in the aftermath of the election are risky, however.

“Until the results start coming in and the lawsuits start flying, nobody knows what’s going to happen,” Finn said.

Prisoners will be in second round for COVID vaccine

State officials included prisoners in the second group to get the vaccine, heeding calls from advocates.
Read more
CT Mirror

The state is expected to get its first shipment of COVID vaccines as early as Dec. 14.
Read more
CT Mirror