BRIDGEPORT — City police say they have confiscated more than 30 firearms leading to 20 arrests in the past month.

The latest arrest occurred Monday night when the Bridgeport Police Strategic Enforcement Detail was patrolling the area of Lennox Avenue following an alert from the ShotSpotter activation system. 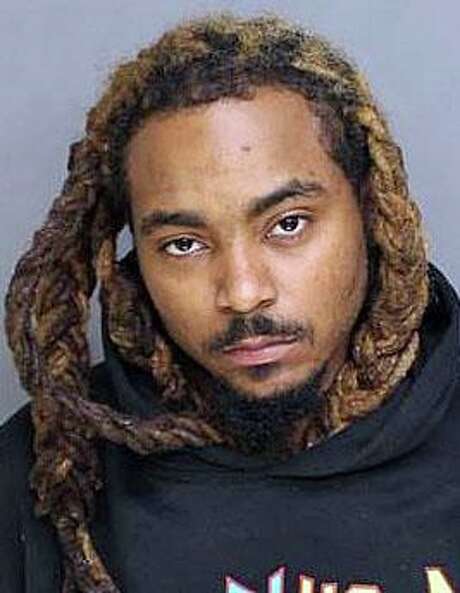 Michael Hudson, 22, of Norwalk, was arrested by Bridgeport police after he allegedly drove through a stop sign on Monday, Oct. 5, 2020. Police said Hudson attempting to hide a handgun and narcotics, which were recovered by an officer. During a full search of Hudson, he was found to be in possession of narcotics, cocaine, crack and marijuana. After more details were provided to officers it was also discovered that Hudson was currently on parole, police said.

“Patrolling officers observed a motor vehicle violation when the driver failed to stop at a stop sign, units conducted a vehicle stop in the 1100 block of Howard Avenue and found that the vehicle was operating with an expired registration. When officers requested a driver’s license, the driver indicated that it has been expired for years,” police said in a release.

Police said the driver, Michael Hudson, 22, of Norwalk, attempted to hide a handgun and narcotics. During a full search of Hudson, he was found to be in possession of narcotics, cocaine, crack and marijuana, police said.

In addition to other strategic measures, officers are patrolling “hot spots,” responding to ShotSpotter notifications to mitigate violent crimes throughout the city, police said.

“Anyone that has a weapon and the intent to cause harm to another person will be caught. This is not OK, and we need everyone in Bridgeport to say the same thing and mean it — this is not OK,”Acting Police Chief Rebeca Garcia said in a statement.

“We’ll do our part, but we need full engagement of friends, family members, the entire community — to report any illegal guns or provide an anonymous tip — and we’ll get them off the street.”

Sentenced to 50 years, an accused killer will get a new trial

Kyle Barrone, 18, of Milford, Conn.ANSONIA — A Milford teen was charged after he was caught dumping a stolen vehicle in a city resident’s...
Read more
- Advertisment -