PD: Woman, 70, seriously injured after being hit by truck in Bridgeport 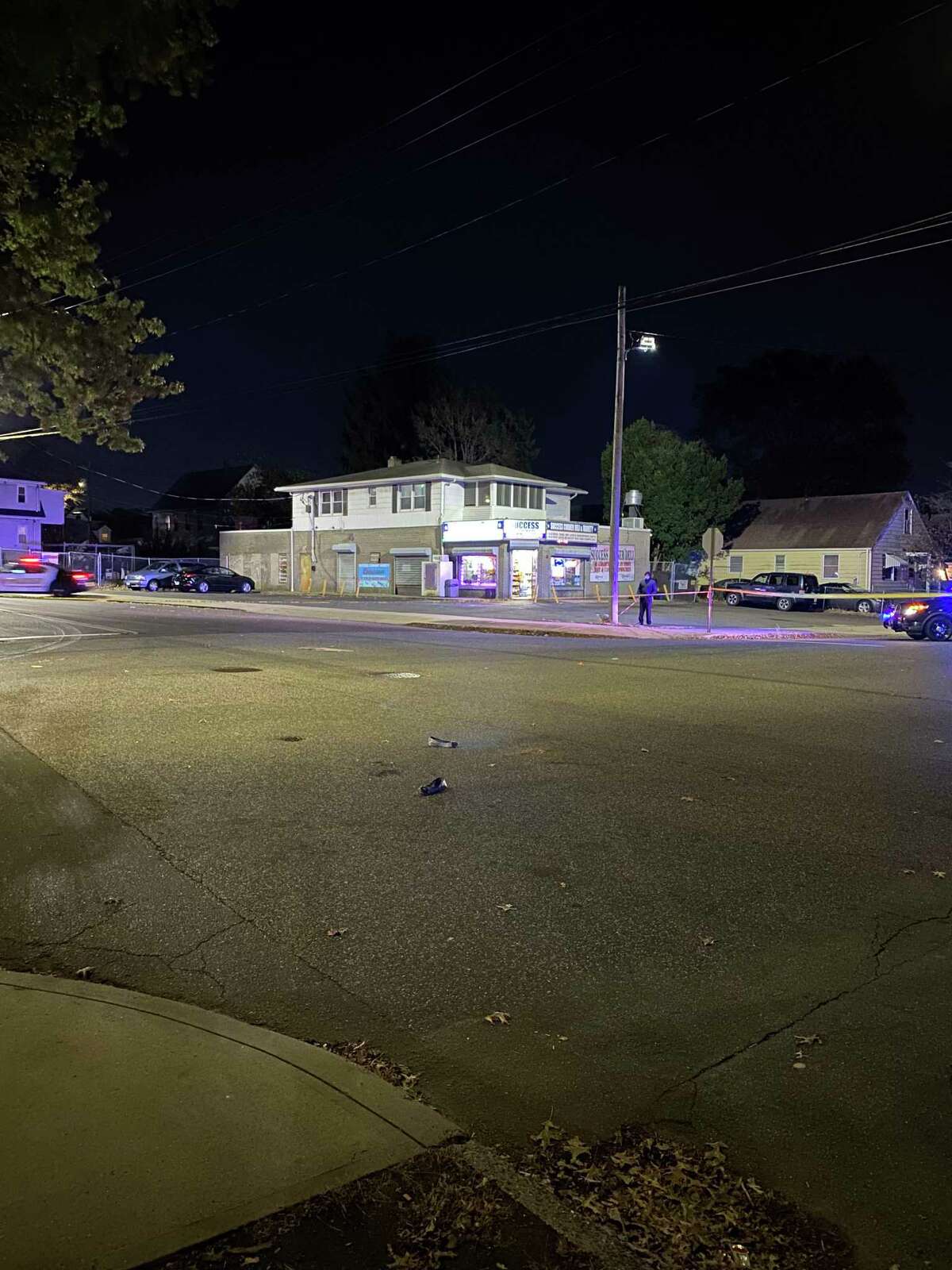 The intersection of Granfield and Success avenues in Bridgeport, Conn., after the driver of a pickup truck allegedly hit a pedestrian as she was crossing the road on Wednesday, Nov. 4, 2020.

The pickup truck involved in a serious collision involving a pedestrian in Bridgeport, Conn., on Wednesday, Nov. 4, 2020.

BRIDGEPORT — A 70-year-old city woman was in serious but stable condition late Wednesday night when she was hit by a pickup truck after the driver allegedly failed to obey a stop sign as she was crossing the road, police officials said.

Just before 7 p.m., the city’s emergency operations center got a 911 call about a serious crash at the intersection of Granfield and Success avenues involving a pedestrian, according to Capt. Kevin Gilleran, who oversees the Traffic Division.

A green 2001 Ford F350 pickup truck was headed east on Granfield Avenue when the driver “failed to stop for the stop sign” at the intersection with Success Avenue and hit a 70-year-old city woman as she crossed Granfield Avenue, Gilleran said.

The driver of the truck, identified by Gilleran as a 25-year-old Stratford man, pulled to the side of the road and waited for first responders to arrive. Gilleran said he is cooperating with police.

The 70-year-old pedestrian was found lying unresponsive in the roadway. She was taken to Bridgeport Hospital — which is just a short distance north of where the collision happened. Gilleran said late Wednesday night that she was listed in serious but stable condition.

The police department’s Crash Investigation Unit responded to investigate the crash further. The intersection reopened to drivers around 9:45 p.m.

The crash remains under investigation.

Anyone with information is asked to contact lead investigating Officer Cynthia Dolyak at 203-576-7640.

Troopers in Connecticut were involved in a months-long investigation into a theft ring that spanned several states.
Read more
CT Post

Westbound I-691 reopens after crash in Meriden

A crash on I-691 in Meriden has closed westbound lanes on Tuesday afternoon.
Read more
CT Post

Vernon police: Missing kids believed to be together