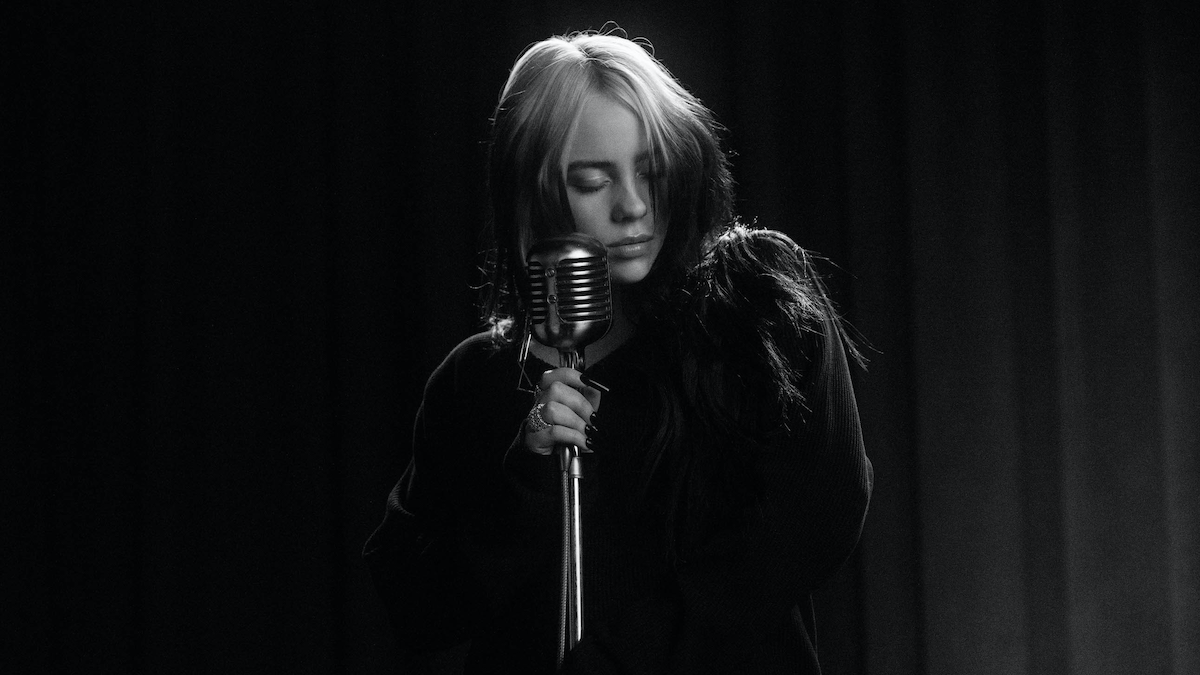 Billie Eilish has revealed the new music video for her James Bond theme song “No Time to Die”.

Directed by Daniel Kleinman, the clip intertwines black-and-white footage of Eilish singing with actual scenes from the forthcoming Bond film, also titled No Time to Die. Watch it in full below.

“No Time to Die” was written by Eilish and produced by her brother and longtime collaborator FINNEAS. Orchestral arrangements were provided by iconic composer Hans Zimmer and Matt Dunkley, and Johnny Marr contributed additional guitars.

“It feels crazy to be a part of this in every way,” said Eilish, the youngest artist to ever record a James Bond theme song. “To be able to score the theme song to a film that is part of such a legendary series is a huge honor.”

Speaking on the track, the film’s director, Cary Joji Fukunaga, said, “There are chosen few who record a Bond theme. I am a huge fan of Billie and Finneas. Their creative integrity and talent are second to none.”

In support, both Eilish and FINNEAS will join Daniel Craig for James Bond Day on The Tonight Show on October 5th. No Time to Die, the 25th James Bond film, hits theaters November 20th in the US, and elsewhere November 12th.

In other Eilish news, the pop megastar just formally announced her Apple TV+ documentary, The World’s A Little Blurry, due out February 2021. The 18-year-old also recently performed at the Democratic National Convention and made an appearance on Kevin Malone’s Oral History of the Office podcast.

Fender Extends Free Guitar Lessons Program Through the End of 2020

Ariana Grande is set to release a new album at the end of the month. In anticipation, the powerhouse singer has let loose a...
Read more
Music Videos

Bring Me the Horizon have unleashed another new song from their upcoming EP, Post Human: Survival Horror. The latest single, “Teardrops”, is accompanied by...
Read more
Music Videos

The Weeknd Literally Loses His Head in New Video for “Too Late”: Watch

The Weeknd has literally lost his head in the gory new music video for the After Hours cut “Too Late”. As it happens, the artist born...
Read more
- Advertisment -

‘Baldur’s Gate III’ Review: Can Larian Studios Save ‘Dungeons & Dragons’ From Itself?