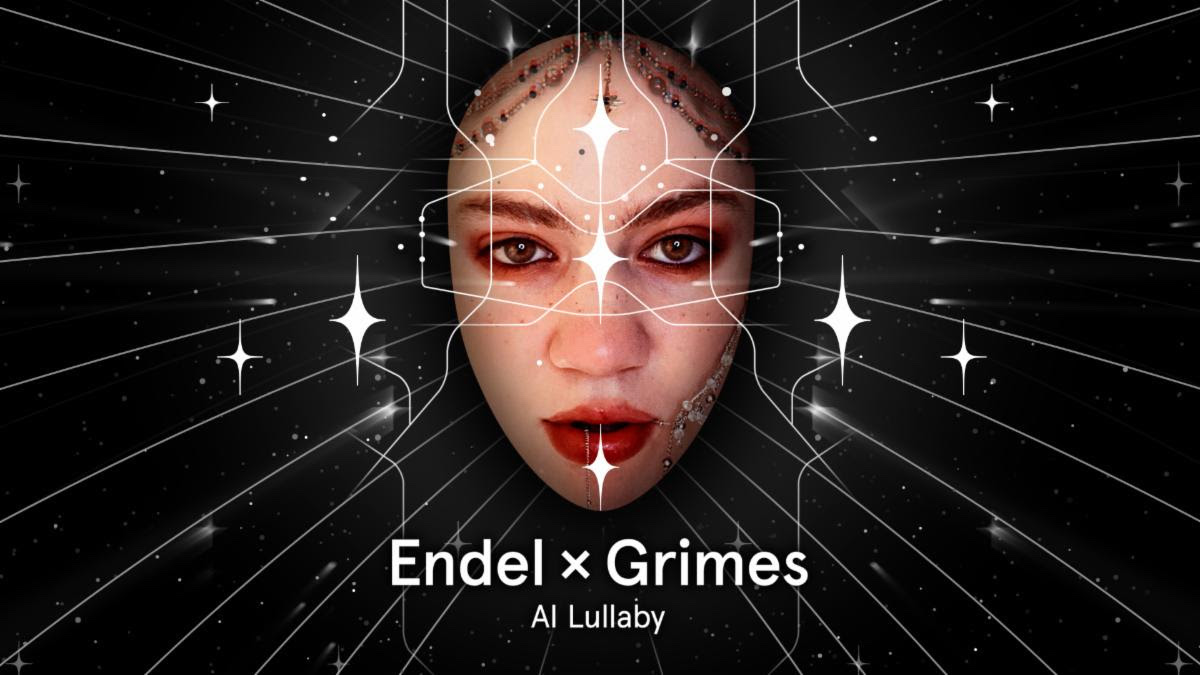 Last year, Grimes predicted that artificial intelligence will one day make live music obsolete. While that time hasn’t come just yet, the artist born Claire Boucher has used AI to make a new collection of sleepy lullaby music for herself and X Æ A-XII Musk, her five-month old son with Elon Musk.

Simply titled AI Lullaby, the project is a collaboration with Endel, an app that produces personalized soundscapes using AI. Endel’s sonic creations are coupled with Grimes’ own original music and vocals to birth “lullabies” that are “scientifically engineered to improve both sleep and wellness in children and adults,” as a statement explains.

Grimes had already been using the Endel app for herself, especially after becoming a mother earlier this year, but was doubly inspired to make AI Lullaby for her child. “When you have a baby, you’re always using white noise machines. It’s much easier to get them to sleep if you train them on some kind of audio situation. And so I was just like, could this be more artistic?” she told the New York Times.

“In general, stuff for babies is really just creatively bad,” added Grimes. “I don’t want your first introduction to the world to just be all this aimless crap.”

Speaking on the power of AI technology, Grimes said, “I think, if approached properly, AI has the ability to radically fix our world. I appreciate Endel because they represent the growing trend of humane technology. I hope that the fields of AI safety, research, philosophy, as well as humane AI and spiritual technology etc. can grow a lot in the coming years. We’ll need it!”

A portion of AI Lullaby can be heard in the official music video below, and not surprisingly, it’s very calming, ambient stuff — a far cry from Grimes’ most recent album, the jarring Miss Anthrop0cene. The full project can be found on the Endel iOS app through December 23rd, with a release on Android and Amazon Alexa to follow later this year.

Some of the proceeds from AI Lullaby will benefit AI for Anyone and the Naked Heart Foundation, nonprofits that are “rooted in building an inclusive society that is open to people and families with special needs, supporting the mental health of mothers and children, as well as AI education initiatives.”

Portrayal of Guilt are returning with their sophomore album, We Are Always Alone, on January 29th. The post-hardcore trio are now premiering the video...
Read more
Music Videos