The SCC Cross Country Championship carried extra weight for competitors this season considering that there are no playoff meets beyond conference championships.

The meet was broken into four divisional races as different schools arrived and competed throughout the day on Wednesday.

Each division named an individual champion as well as a team champion before merging the results of all four races together to determine the SCC Champion.

Though formatted differently for safety precautions, there was plenty of familiarity found within the results.

Junior Eamon Burke was crowned the individual SCC Champion with a time of 16 minutes, 25 seconds. He was followed by fellow junior teammate Brody Santagata in 16:49.

Amity junior Mason Beaudette (Division B) finished with a time of 17:00 to place third overall for the second straight year. 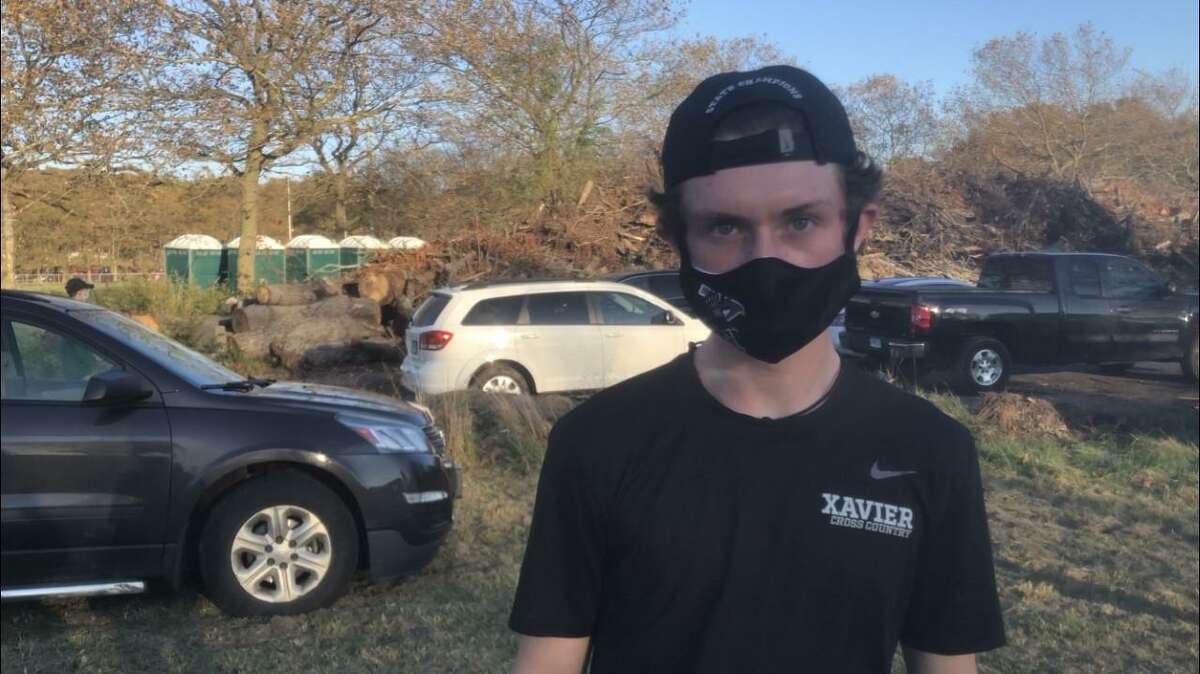 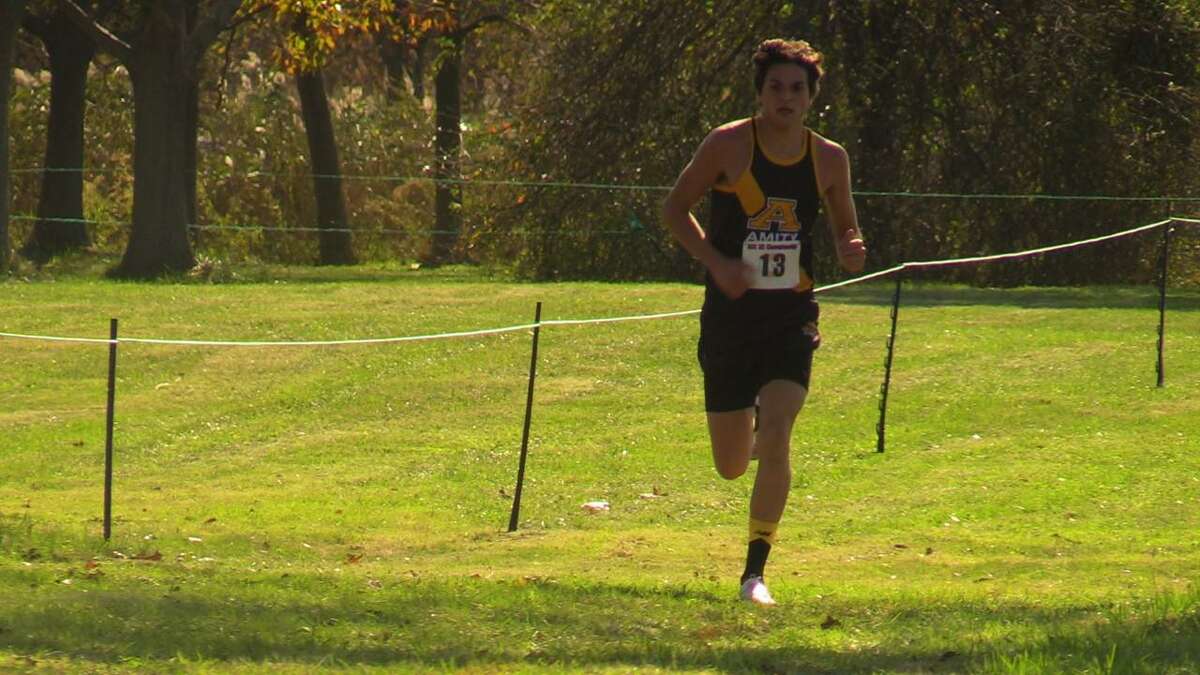 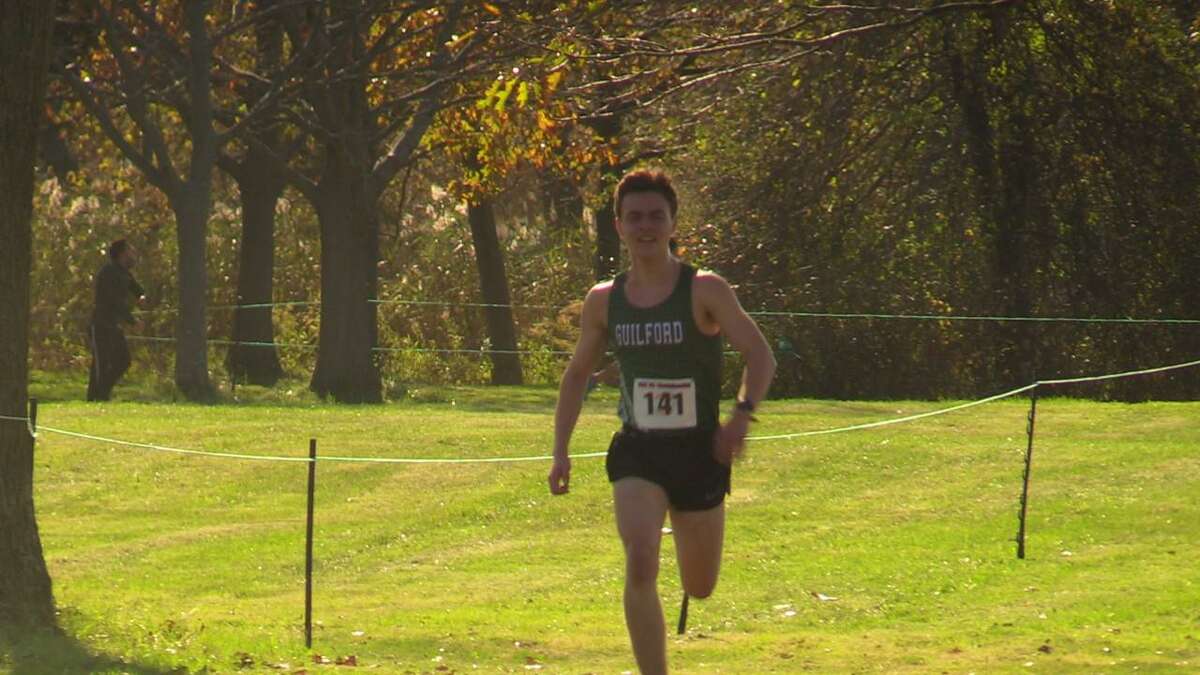 Tanner Updyke led Guilford to victory over Hand, North Haven and East Haven in the Division A race

The first race of the day was paced by Guilford, which finished with four of the top five runners in the division.

Tanner Updyke led his team to victory over Hand, North Haven and East Haven with a first place finish of 17:27, which would prove good enough for fifth place overall.

“I am feeling great. All the work I put in during the summer and during quarantine was all for this,” Updyke said. “We had a big day, and we were really focusing on just getting the division today, but we will still be following everything to see where we end up. We are ecstatic that we beat Hand today because last week we had a bad loss to them.”

“I feel like out of all the teams here, we really kept a nice cohesion this summer,” Updyke said. “We really stuck together as a group, we didn’t skip out on summer practices and we did a lot together.”

Beaudette of Amity won Division B.

“I was trying to just go out by myself and treat it like my last race because I have nowhere else to go after this,” Beaudette said. “I was trying to focus on closer to 16:30, I know there was a big gap behind me and because of that I don’t think there was a lot of adrenaline pushing me. I’m not too worried because at this point I would be psyched to be top three after last year finishing in the top three.”

When asked his thoughts on running in one of the earlier divisions, Beaudette explained: “To be honest it is really tough because you have to run your race for place and time. I have to wait for two races in the day and those people can see how I do and know the time they need to beat. I think there is a little bit of an advantage to that.”

West Haven captured its first SCC title in team history, though it was a divisional title, running past Wilbur Cross, Platt Tech and Hillhouse.

“This is unbelievable,” West Haven coach William McDermott said. “Last week I lost my number three runner and everyone else stepped up today. It was terrific. This year I knew we had more kids I knew could run equally and they have improved every week. In our first race, Justin Rodriguez ran 22 minutes and he ran just over 18 today.”

“This group will stand out for me without a doubt,” McDermott said. “This is the best team I’ve had.”

“The goal was to get good placement today,” Omelchenko said. “Timewise I wasn’t concerned with a PR and tried to run the best race I could. I woke up a little tired and a little sore this morning but it is all mental, you hit the line and you just go out and run.”

Omelchenko’s time ranked 25th overall at the end of the day.

Division D belonged completely to Xavier as Burke and Santagata led the charge with the two fastest times of the day.

“They are both huge for us and have two different leadership styles,” Xavier coach Chris Stonier said. “Eamon is more vocal and is more of a rah-rah guy, where as Brody is a silent assassin who speaks with his training. The whole team knows what Brody has done over the past three years to get to where he is now. Everybody responds to different leadership so we are glad to have that.”

At the split, Burke was outpacing Beaudette’s time from the Division B race, but a blistering second half of the race pushed him across the finish line 34 seconds before Beaudette.

“I went in today telling myself that I wanted to put a surge into that final mile,” Burke said. “I wanted to make that gap bigger and really secure the win. It feels good (to be the SCC individual champion), but the team victory was more important to me today.”

As a team, Xavier took seven of the top ten spots in Division D and took four of the top 10 spots overall as the team put its final stamp on a perfect season.

“We had a lot of team-oriented goals and because of the situation that we are currently living in, a lot of those team goals had to be adjusted,” Stonier said. “But the guys worked hard every week. Their level of focus was incredible from the first day that we met up until today. They were really focused on the process.”

Mike Tyson stepped through the ropes in his signature black trunks and heard the opening bell in a boxing ring for the first time...
Read more
Sport News

Denver Broncos rule out all 4 QBs because of COVID-19 concerns and will turn to a practice squad receiver and No. 3 running back...

The Denver Broncos won’t have any of their four quarterbacks available Sunday when they face the New Orleans Saints because of coronavirus concerns. The...
Read more
- Advertisment -

Ozzy Osbourne: 'I still regret cheating on my wife'

Ozzy Osbourne still can't believe his wife Sharon Osbourne took him back after he cheated on her in 2016.The rocker had a fling with...
Read more
Load more